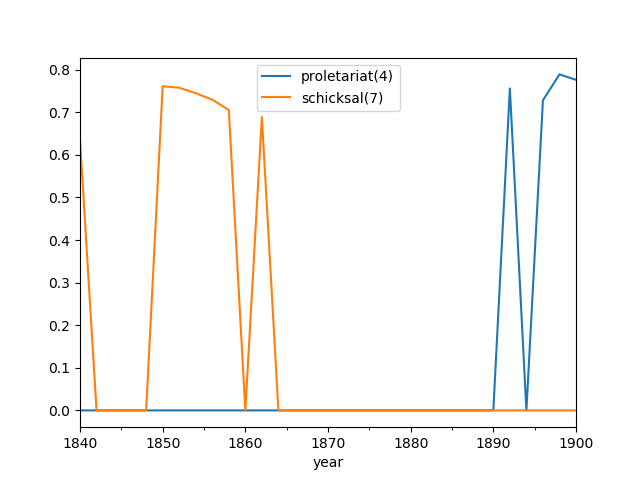 Linking large digitized newspaper corpora in different languages that have become available in national and state libraries opens up new possibilities for the computational analysis of patterns of information flow across national and linguistic boundaries. The significant contribution this article presents is to demonstrate how word vector models can be used to explore the way concepts have shifted in meaning over time, as they migrated across space, by comparing newspapers from different countries published between 1840 and 1914.
read more 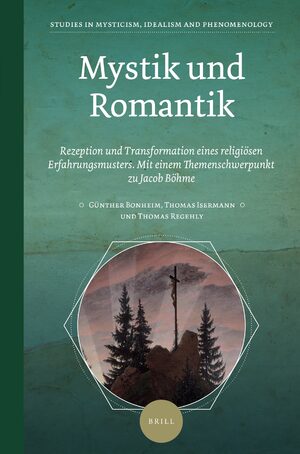 Friedrich Schlegel and the Mystical Kingdom of God 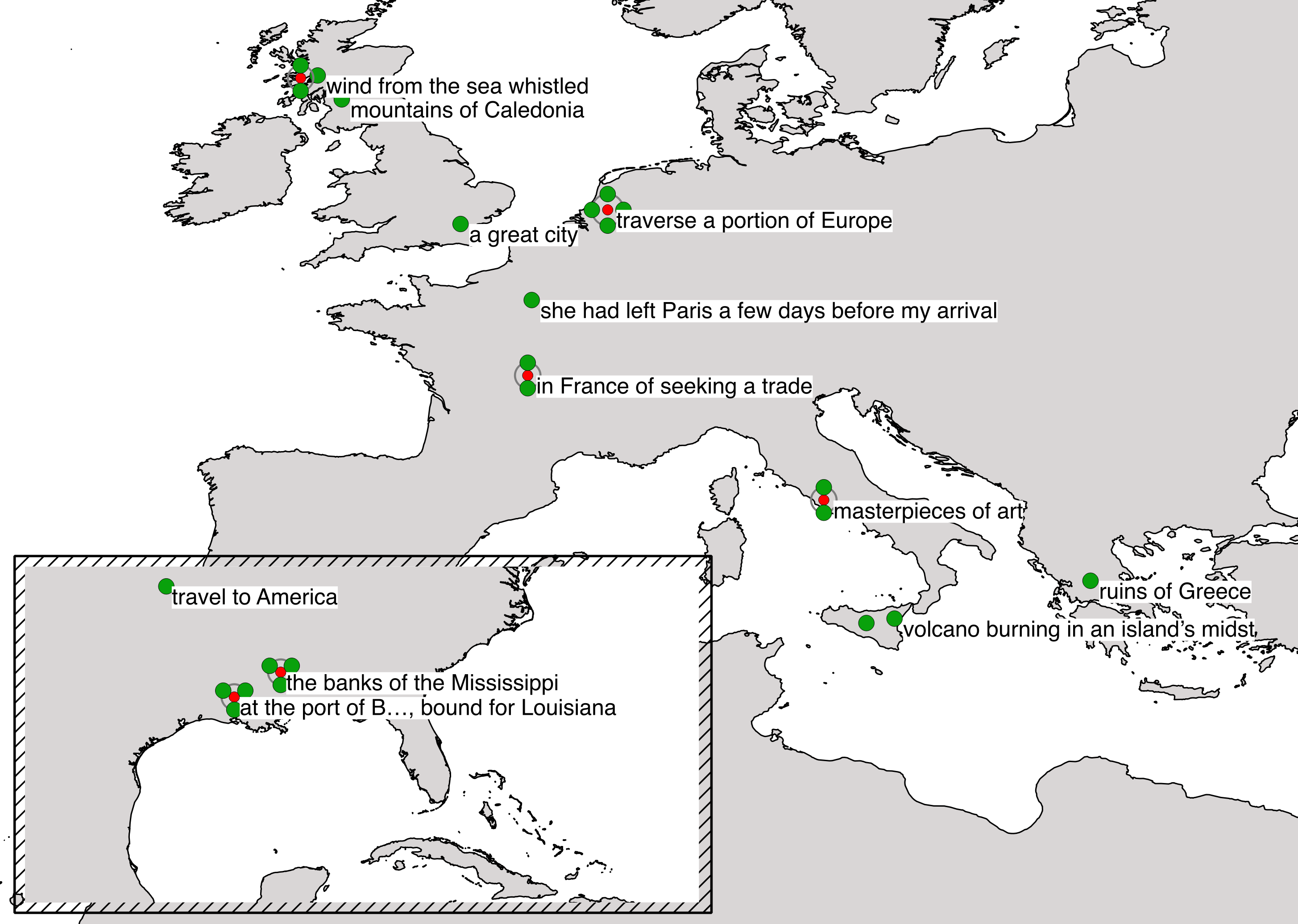 The chapter concentrates on the late eighteenth and early nineteenth centuries and analyzes the ambiguous project of the Enlightenment. The eighteenth century has often been depicted as an era of progress, when new scientific inventions were made and disseminated while the middle class gained more economic and political influence. The 1750s was a turning point, however, after which European intellectual history started to show darker shades and a new sceptical attitude to progress arose.
read more

The reuse of texts in Finnish newspapers and journals, 1771–1920

The digital collections of newspapers have given rise to a growing interest in studying them with computational methods. This article contributes to this discussion by presenting a method for detecting text reuse in a large corpus of digitized texts. Empirically, the article is based on the corpus of newspapers and journals from the collection of the National Library of Finland. Often, digitized repositories offer only partial views of what actually was published in printed form.
read more 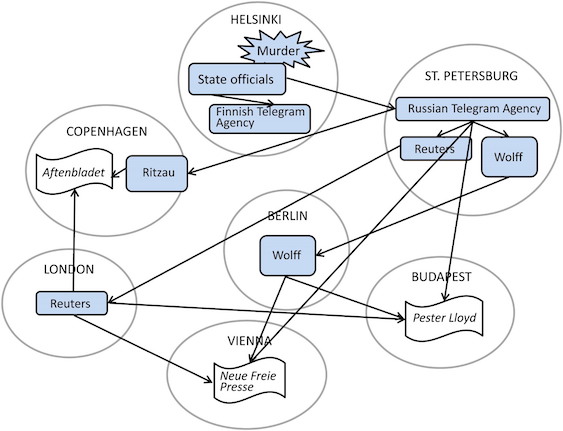 The assassination of Nikolay Bobrikov, the Governor-General of Finland, on 16 June 1904 was a turning point in Finnish history. It was reported in hundreds, if not thousands, of newspapers worldwide. This article follows the spread of that news, particularly its spread over the first week after the assassination. The study draws on the digital newspaper repositories in Australia, Austria, Denmark, Finland, France, Germany, Mexico, Sweden, the Netherlands and the United States.
read more 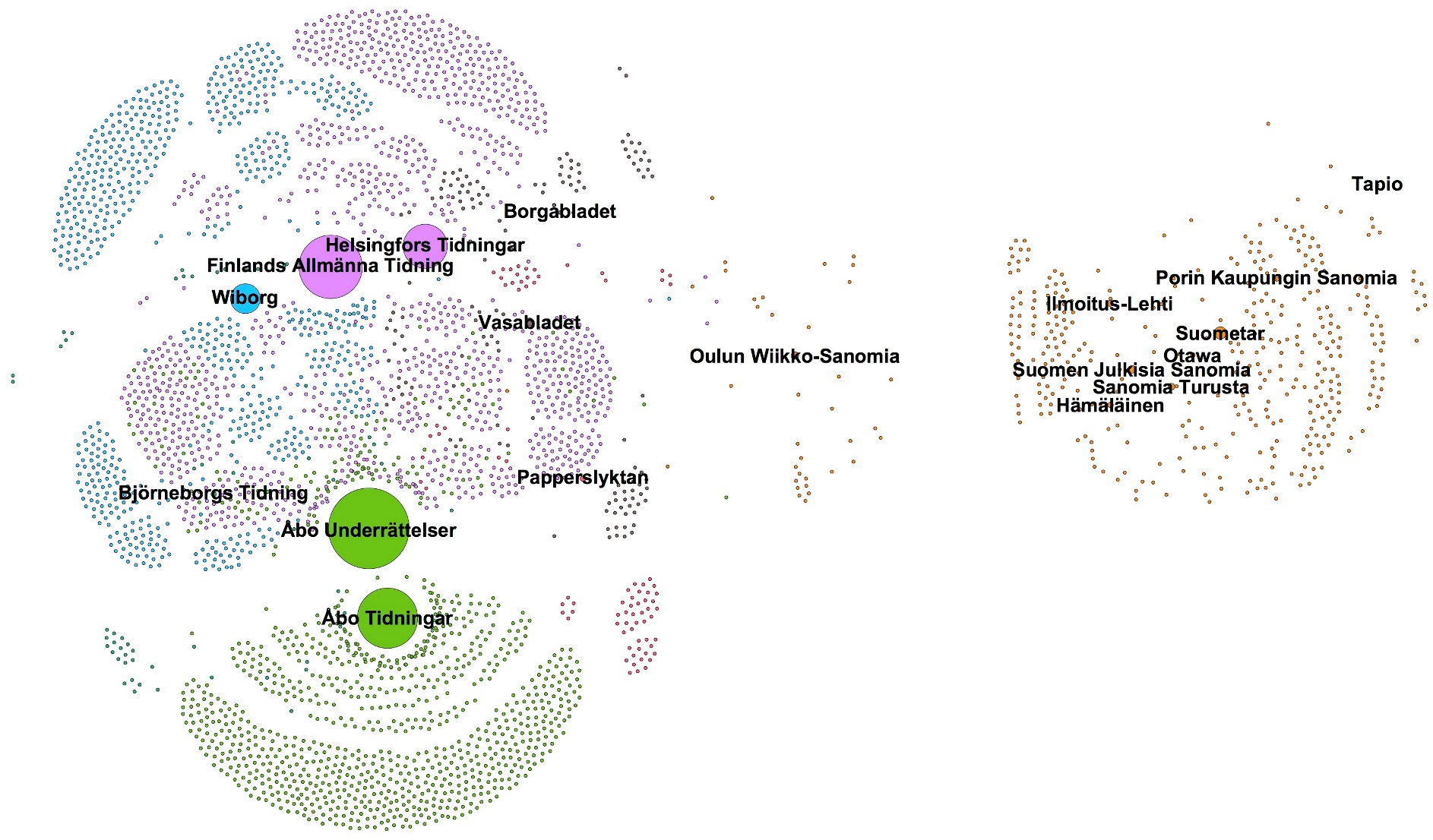 Drawing on a new materialist approach, this article discusses the concepts of the virtual and virtual topology, and their fruitfulness for historians’ empirical work. It starts by following Gilles Deleuze’s argument that the virtual, the transformative potential of the real, has to be distinguished from the possible, which is merely an imagined double of the given world. Embracing this premise, the article shows the potential of virtual topology to shed light on the transformation of a network in the past.
read more 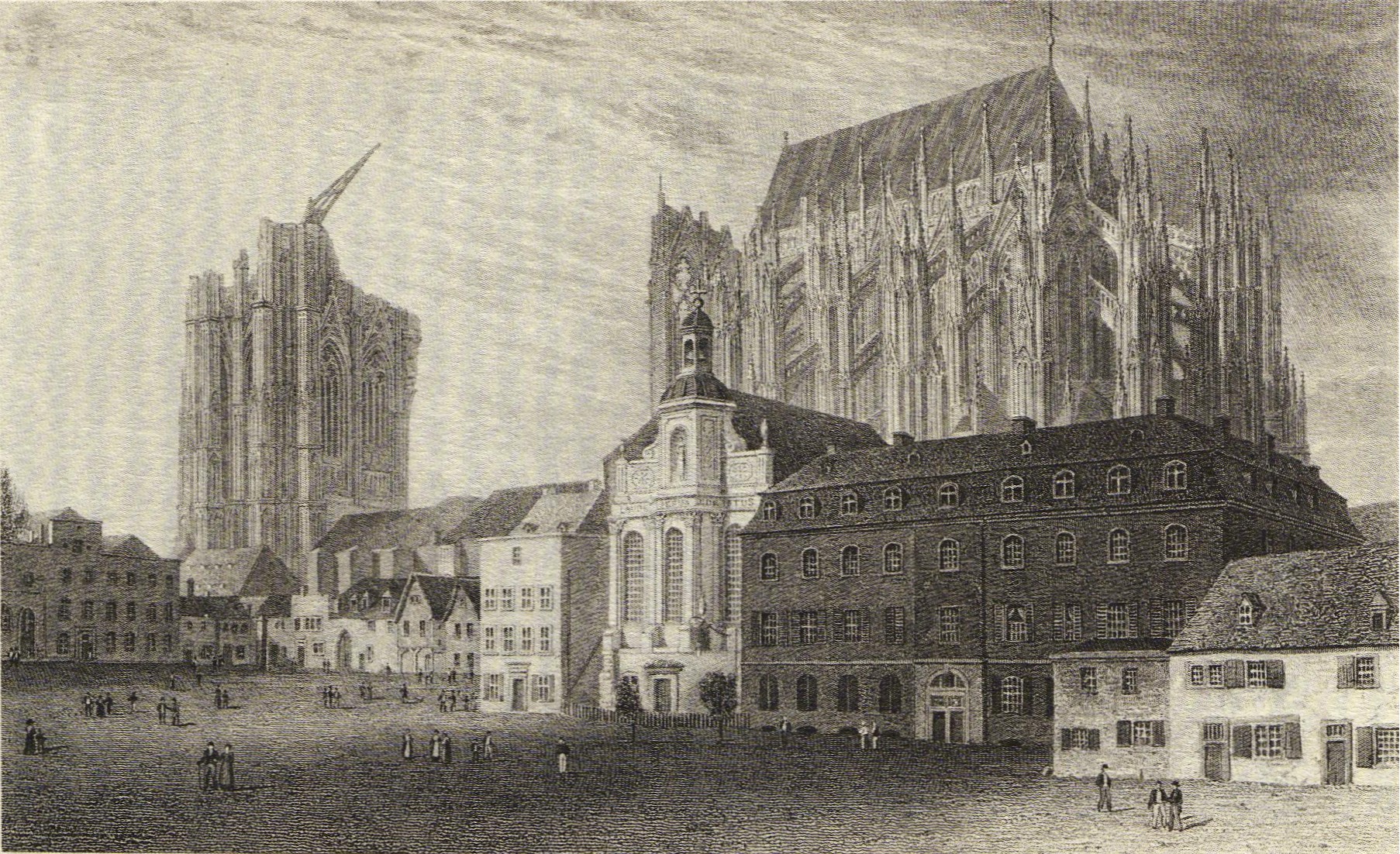 Asko Nivala: The Romantic Idea of the Golden Age in Friedrich Schlegel’s Philosophy of History. Routledge, New York 2017, PREVIEW / ORDER. The nineteenth-century Romantic understanding of history is often confused with the longing for the past Golden Age. In this book, the Romantic idea of Golden Age is seen from a new angle by discussing it in the context of Friedrich Schlegel’s works. Interestingly, Schlegel argued that the concept of a past Golden Age in the beginning of history was itself a product of antiquity, imagined without any historical ground.
read more 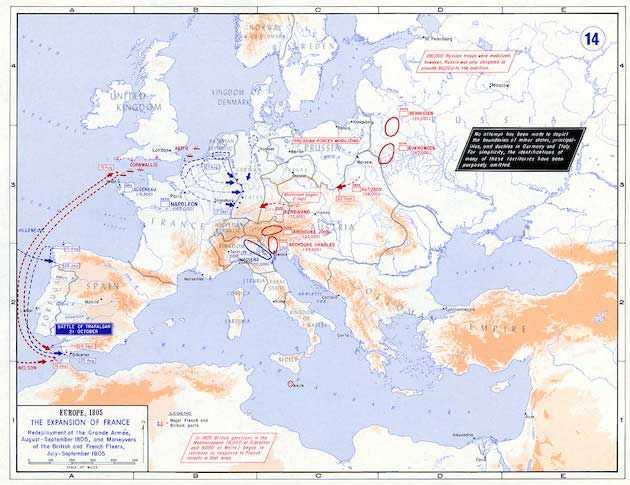 Catastrophic Revolution and the Rise of Romantic Bildung

Asko Nivala: “Catastrophic Revolution and the Rise of Romantic Bildung”, Travelling Notions of Culture in Early Nineteenth-Century Europe. Eds. Hannu Salmi, Asko Nivala, Jukka Sarjala. Routledge, New York 2015, pp. 19-37, PREVIEW / ORDER. I discuss the rise of Romantic ‘Bildung’ at the turn of the nineteenth century with a special emphasis on Friedrich Schlegel, but referring also to other famous Romantics such as William Wordsworth and Novalis (Friedrich von Hardenberg, 1772–1801).
read more

Hannu Salmi, Asko Nivala, Jukka Sarjala (eds.): Travelling Notions of Culture in Early Nineteenth-Century Europe. Routledge, New York 2015, PREVIEW / ORDER. The notions of culture and civilization are at the heart of European self-image. This book focuses on how space and spatiality contributed to defining the concepts of culture and civilization and, conversely, what kind of spatial ramifications ‘culture’ and ‘civilization’ entailed. These questions have vital importance to the understanding of this formative period of modern Europe.
read more